Posted by Abisaac Saraga on February 17, 2020
I have recently cut out or at least have been really limiting my dairy.  My first encounter with vegan cheese was at a farmer's market where I bought some cashew cream cheese for a whopping 15 bucks.  It was really tasty but not sustainable for me to continue to purchase.
I knew of Daiya products already and have had limited encounters with the product until now.  I have tried many of their products which are not only vegan, but all gluten free.
Through an amazing sale at Superstore I purchased a bunch of Daiya products.  I recently tried their deluxe pizza which is made with Beyond the Meat sausage.
I thought the pizza was really tasty.  Much tastier than expected.  I really loved the crust and the sauce.  It wasn't a fluffy crust but a nice crisp thin crust.  The toppings were all great including the Beyond the Meat sausage.
The only knock on the pizza, and really it's not the pizza, is the vegan cheese.  And really it's not the cheeses fault, it's just that you really can't recreate that cream gooey cheese without the dairy.  It's mainly chewy, so you need to get accustomed to the texture. 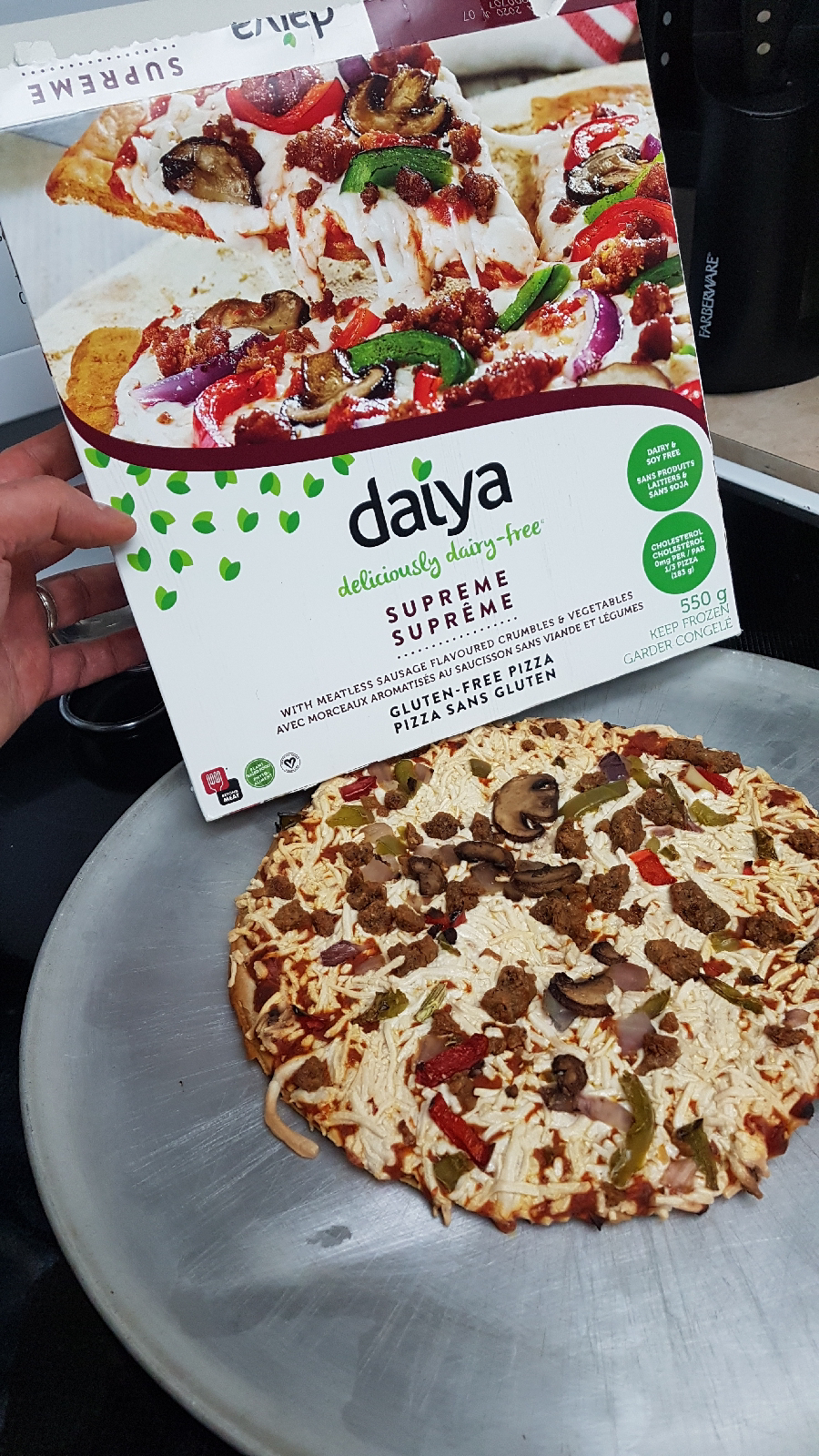