Does Subway Subs have a gluten free bun? Yes!

Posted by Abisaac Saraga on April 12, 2017
We heard a whisper last week of a Subway Subs in Edmonton serving up a gluten free bun.  Well, when we shared that whisper, it turned into a roar, as people began to report which locations they saw the gluten free buns at.

So, we came to the conclusion that we had to try the gluten free bun at Subway ourselves. 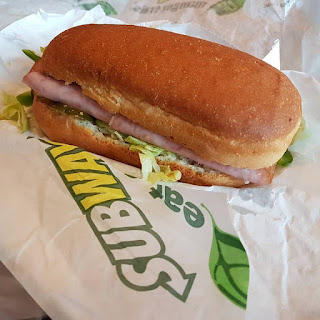 So about the bun!  It is $1 extra for a 6" sub, which to me isn't that bad, although we all obviously wish there were no extra surcharges for gluten free right?  We had them microwave the bun instead of toasting the bun.  That got the bun warm and soft. 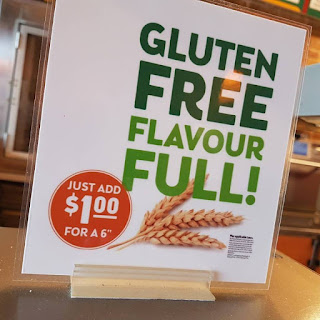 The bun itself was the perfect thickness and had a nice sweet tone to it. The location we went to at Tera Losa, tried to keep the buns fresh, by dating the bun and putting in the fridge to naturally thaw.  The buns are tossed after a certain date to keep freshness.

We also noticed that have a pre packaged gluten brownie, but Amanda had the gluten free chips.

When I reached out to Subway Canada on Facebook, they informed me by June 1, 2017 all locations will have the gf bun.  They also let me know of their protocols, see below... so you can help yourself by ensuring they follow! 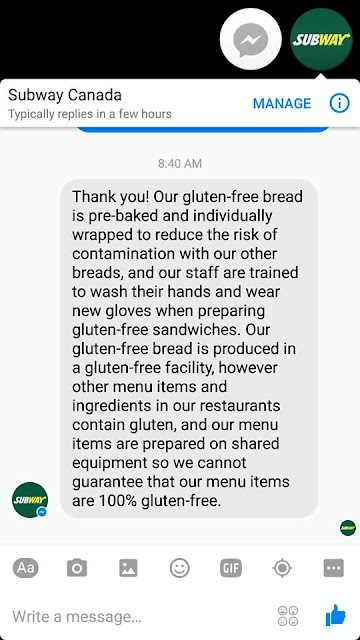