Our Gluten Free Experience at Riu Vallarta in Mexico

Posted by Abisaac Saraga on September 21, 2016
It was over two years since our last vacation and we decided it was time to save up and go again. We had several things to consider when picking a resort.

1. Family friendly
2. Some where warm and some where we don't have to cook or clean
3. Food restrictions - Gluten and nuts

The last time we were on vacation we stayed at the Riu Emerald Bay in Mazatlan, Mexico.  When it came down to our choices, we knew we had a good experience at the Riu Emerald, so we wanted to stay with the same family of Riu Resorts and ended up staying at the Riu Vallarta just outside of Puerto Vallarta in Nuevo Vallarta. 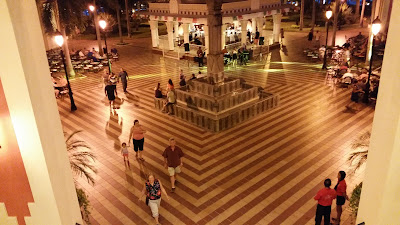 We already know the Riu recognizes gluten free food restrictions on their website.  But they only go to the extent of saying that they don't have dedicated menu's, but try to accommodate.  Nut allergy/sensitive was different but easier to manage.  We noticed the chef's loved garnishing some of the desserts with nuts and peanuts were served at the pool side.  But we were able to easily avoid those.

As a resort, the Riu Vallarta in Mexico is beautiful.  It seemed a bit older than the Riu Emerald Bay, but you can see managements efforts trying to keep up with maintenance of the resort.  The staff were always nice, and the free flowing drinks when the kids heads were turned was a nice treat.

But enough of that, I know you really tuned in to hear about how we managed the gluten free diet at the resort.  Well, I talked to Amanda about this after the fact, and said it is almost safer for us to stick with Mexico because they cook a lot with corn flour.  However, we really don't know enough about Jamaican or Dominican food to compare.

So what does that mean.  Yes they have tortilla's made of flour, but they also make a lot of corn tortilla's.  And a lot of yummy dishes like tostadas and chimichangas.  Which is great for having breaded food items.

So some things to look out for:


Beyond that there was just some really tasty food to be eaten, some some of it there was no need to question. 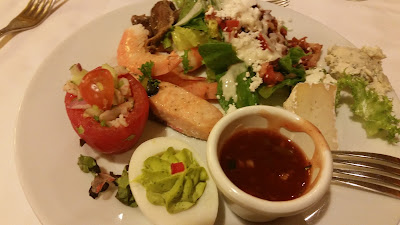 A plate of delicious seafood and fish.  Stuffed tomato with seafood salad.  A slice of season salmon.  A little salad with fresh bacon.  Some fresh prawn and a deviled egg with guacamole filling.  Yes there is brie there too. 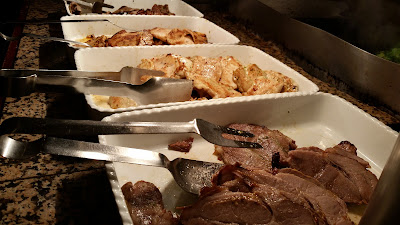 The buffet had delicious "new york" steak.  Thinly sliced steaks, pan fried season with salt and pepper.  There was also always a chicken and fish. 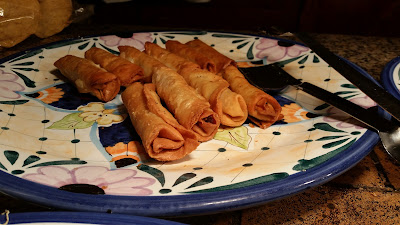 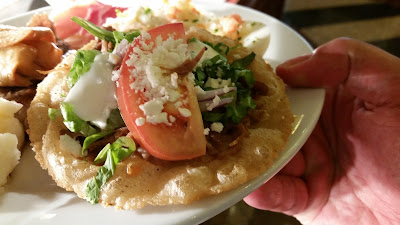 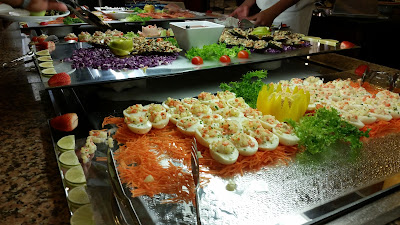 Some of the yummy salad bar options. 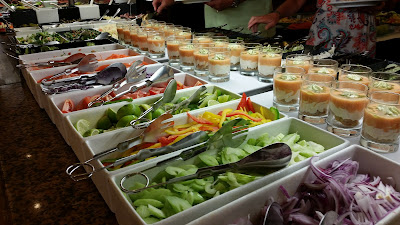 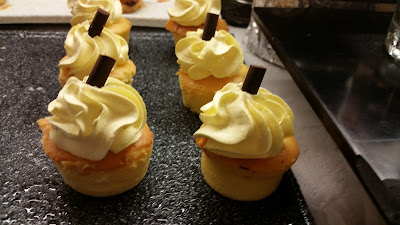 Yum dessert!  This is no crust cheese cakes made in mini cupcake tins.
Obviously these were a big hit. 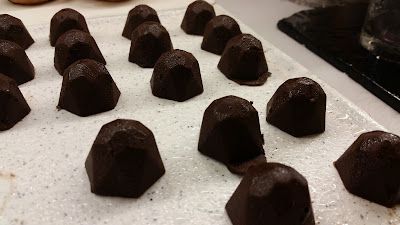 They made their own chocolate.  I lost count of how many of these I ate. 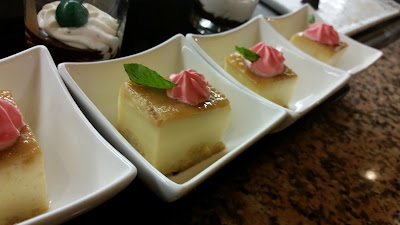 This is a personal favourite of mine.  Flan is a custard pudding.  So tasty.  I used to make it but it is a lot of work.  So I made sure it didn't go to waste at the buffet (daily) 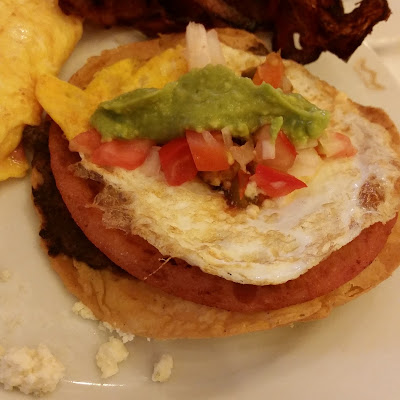 This I shared on FB, it basically was a breakfast tostada, or a Mexican eggs Benedict.  Really good.  They also had a made to order egg station for whatever you wanted!

We know it will probably be a while, but we hope to go back soon.  So I just wanted to leave you with the thought of blue sky's and sandy beaches. 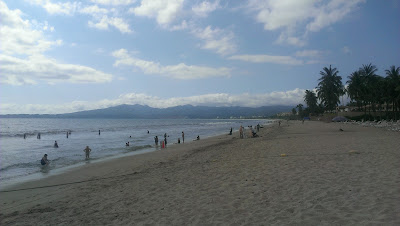