Posted by Abisaac Saraga on July 22, 2015
If you missed the 2015 Edmonton Celiac Association gluten free pancake breakfast, then you missed the world wide launch of Kinnikinnick's gluten free soft donut that will be on store shelves August 15, 2015. 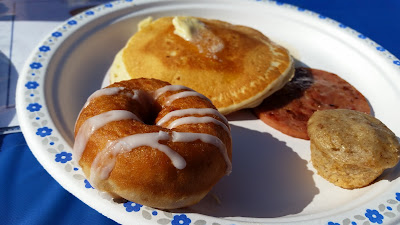 You guys missed out if you didn't make it to the pancake breakfast, because these delicious donuts were coming out fresh by the tray full and seconds were welcomed!

So I had two, and almost three :-)  But I had to fight off temptation. 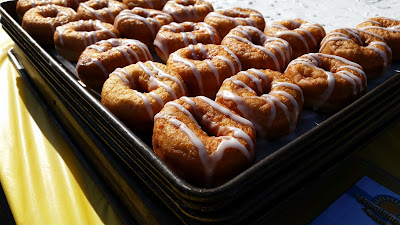 The try fulls of donuts were going fast at the gluten free pancake breakfast, and I know why.  They live up to their name, soft donuts (see packaging below) 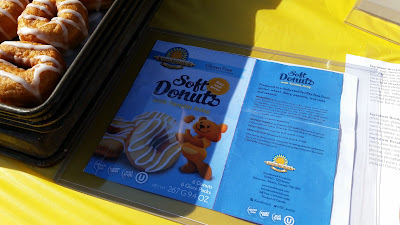 Kinnikinnick's current donuts are also yummy, but more dense compared to these.  These donuts remind me of the fluffyness that Krispy Kremes had.  They don't have a full glaze,but they will come packed with a separate squeeze pack of glaze like their cinnamon buns.