Posted by Abisaac Saraga on April 01, 2015
We live near a small mall called Lessard Mall.  It really just looks like a plaza.  Hidden in the mall, is Chutney, a Pakistani/Indian Restaurant.  What's the difference between Indian and Pakistani?  I can tell you after speaking with a friend, it is the spice.  No matter how little spice you ask for, it is spicy.  So just be warned, this is a good meal, but very spicy.

We order the Peshawari Platter which was $40 and could have served 4.  The food was really tasty, and realy spicy, so it is not for everyone.  We also had an order of papadom (a chickpea flour chip), instead of having Naan.  If it wasn't so spicy, I would order it again, but Amanda does not like food to spicy.

So a few things to know when ordering... 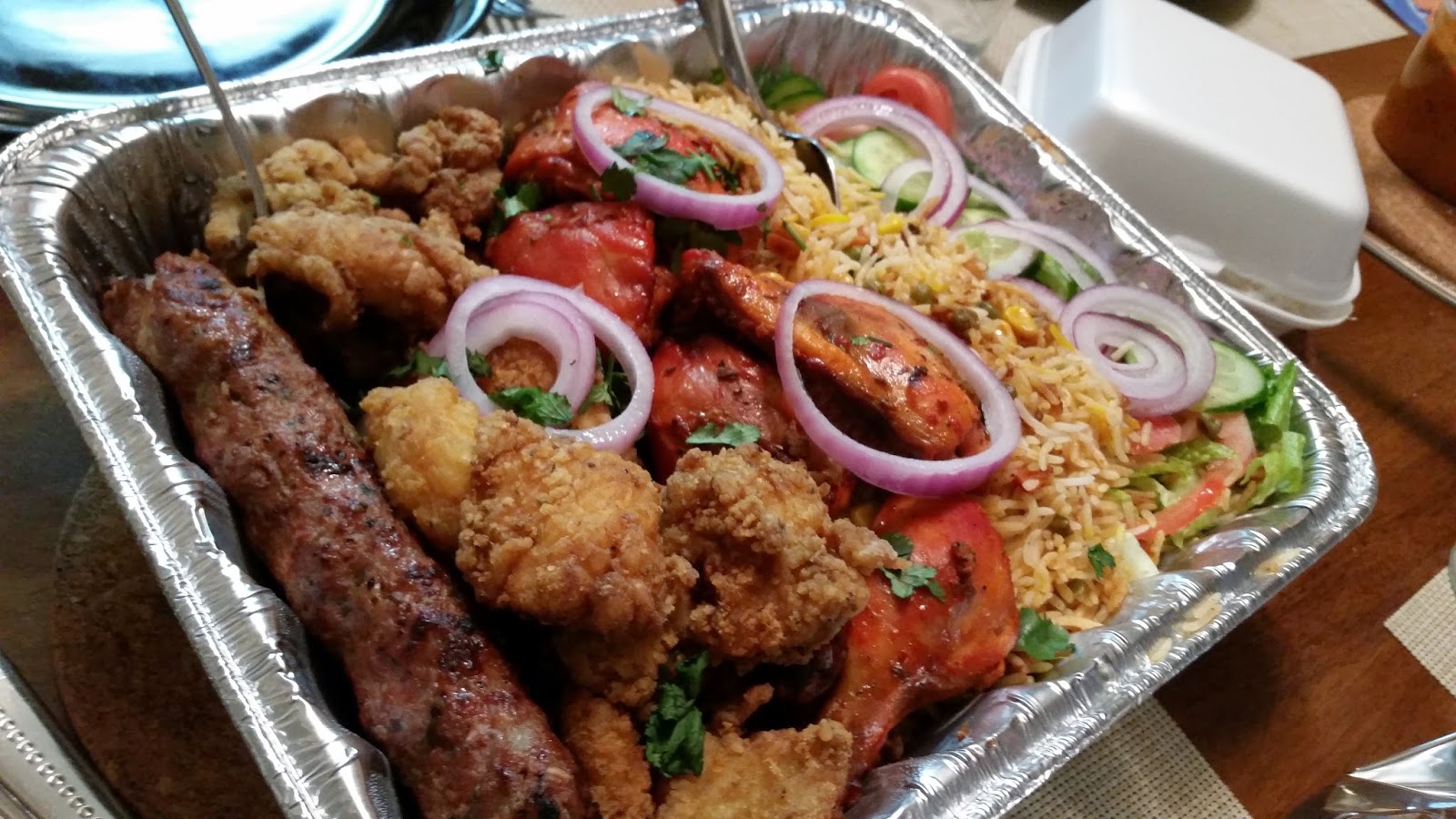 The owner is really friendly and understands the gluten free diet.  The platter we ordered had to be modified because not all of the kababs were gluten free.  Be sure to ask.  Also pakora us usually made with chickpea flour, but he uses a blend.  He will make the pakora with pea flour only.  It was really tasty.  That was basically the only substitute.  The kababs were the only things really spicy from the platter.  So ask for extra yogurt to sooth the spice and enjoy!