@ChefCowan and @100BarKitchen Brings on the taste without the gluten

Posted by Abisaac Saraga on June 18, 2014
Compliments to the Chef is all I have to say!  The Canadian Celiac Association Edmonton Chapter took Chef Andrew Cowan and his 100 Bar and Kitchen to task.  Cater a gluten free dinner for a sold out 40 Celiac's in downtown Edmonton!  So what I'm about to walk you though is a unique menu to 100 Bar and Kitchen because its not on the menu.  Chef Cowan went off menu and came up with amazing flavours in a three course family style meal.  Now this doesn't mean Celiac's can't eat there, just check out their gluten free friendly menu.  100 bar is part of Century Hospitality Group which does gluten free really well. 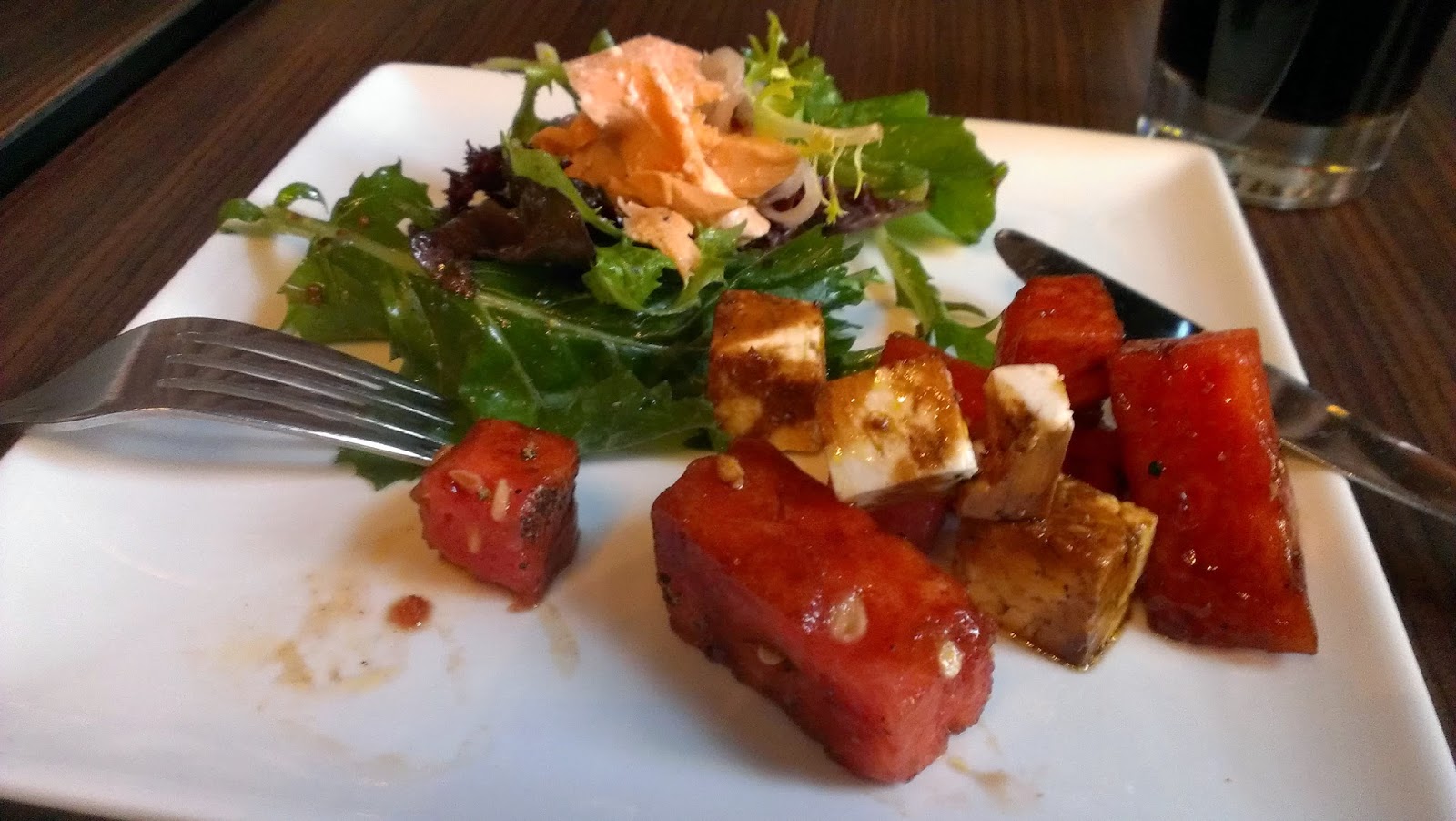 Warm potato salad and a coleslaw, which really complimented the two main courses. 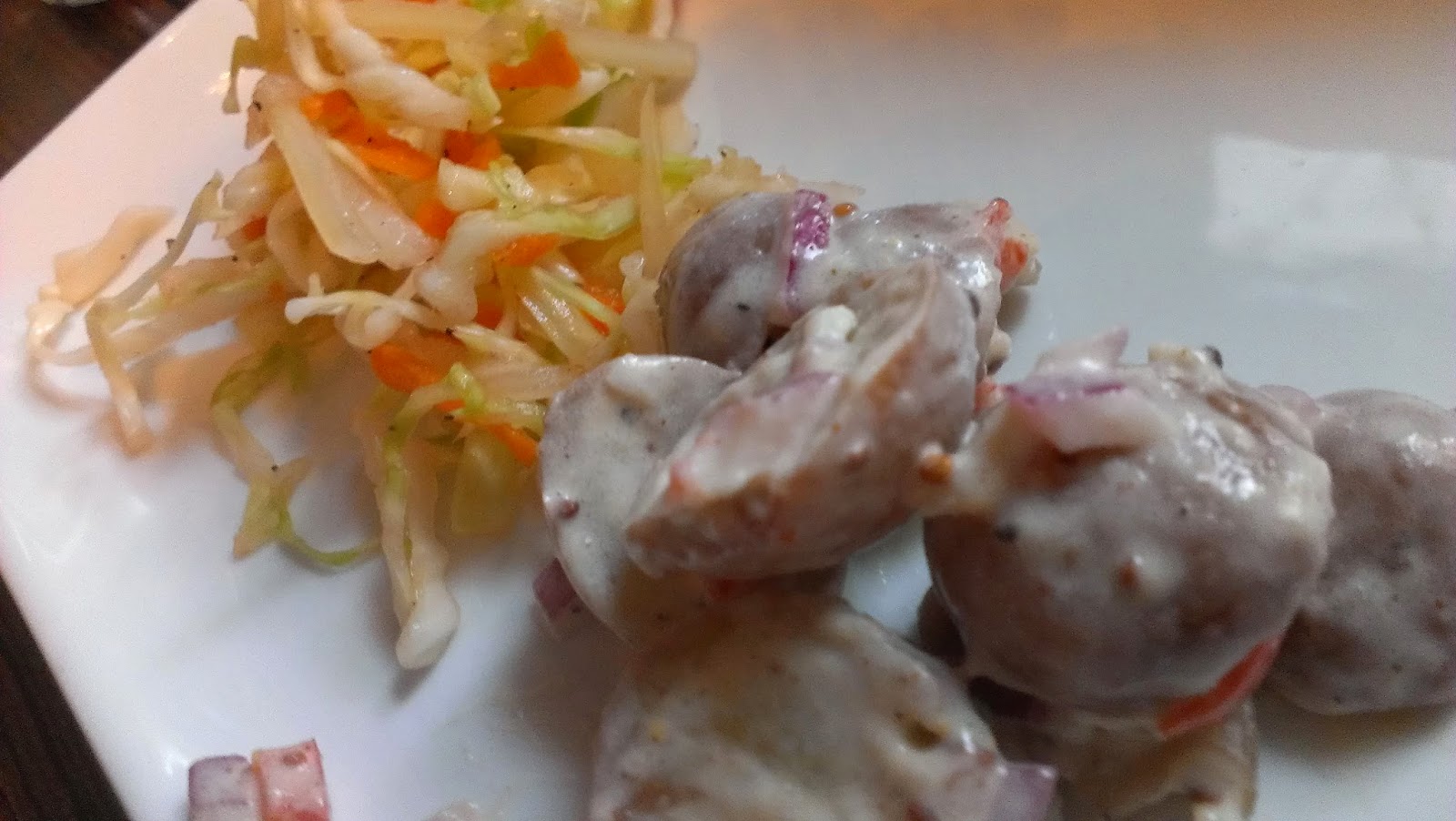 First up BBQ brisket.  My oh my did Chef Cowan out do him self with this slow cooked brisket in a hoe made BBQ sauce.  What really made this brisket was the nice char he got on the brisket. 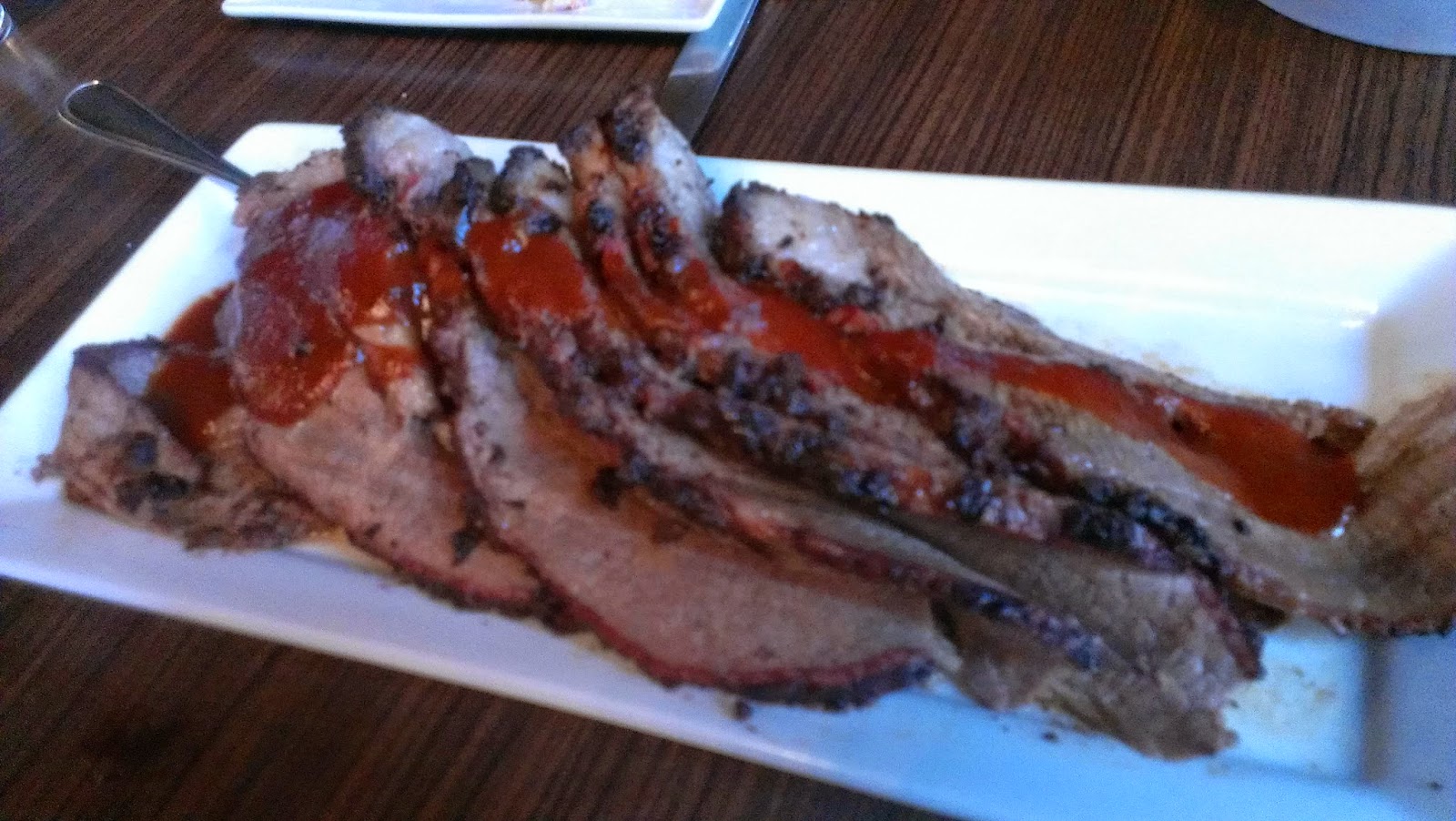 The second entree, a Korean fried chicken, which I learned is a double fried chicken.  He got some wonderful flavours on this chicken, and I would love to know the recipe.  Chef Cowan got a great crust on the chicken with a cornmeal breading.  The chicken was served on a bed of seasoned rice. 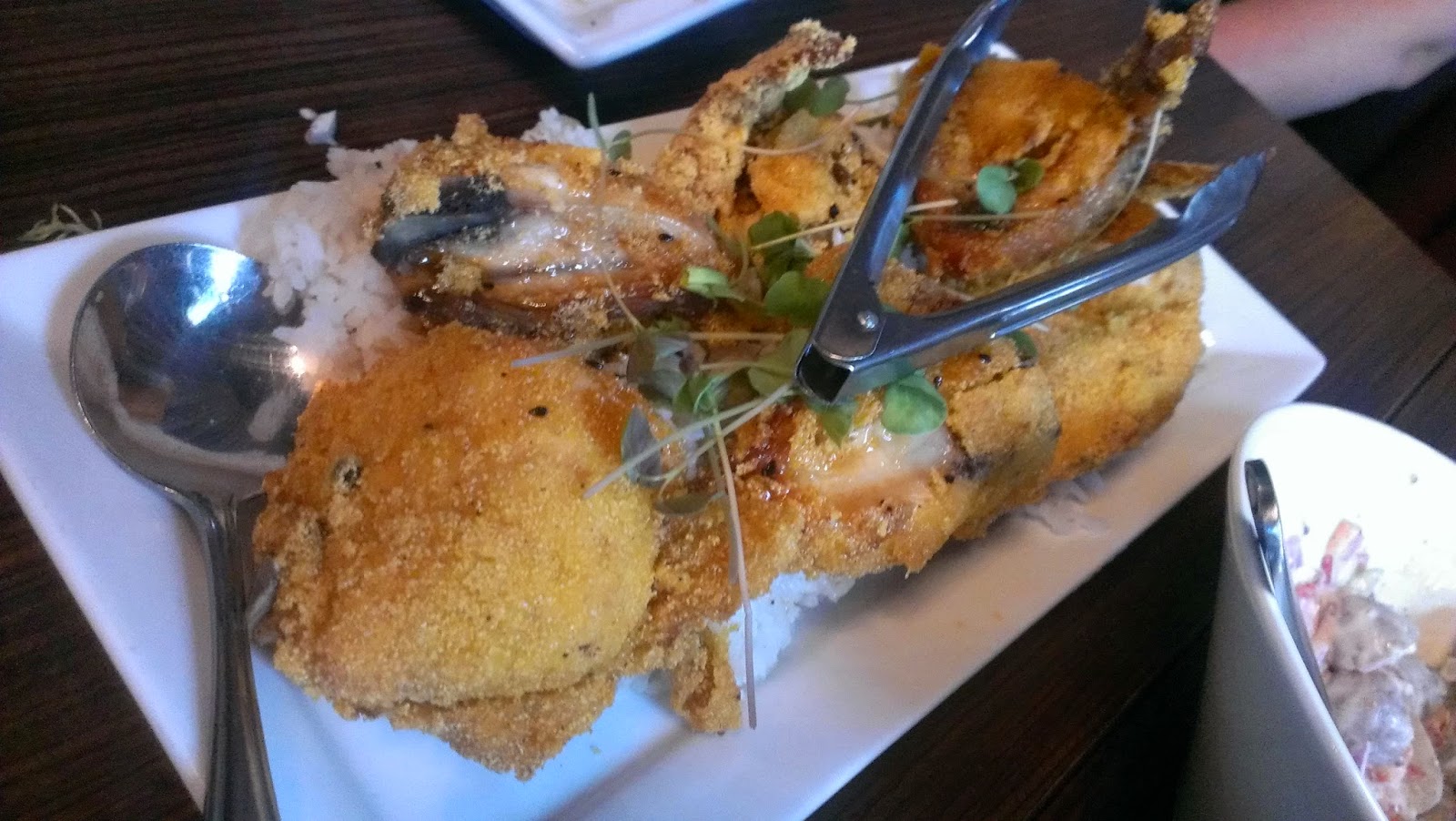 Last but not least (this is actually on the menu), flourless chocolate cake, topped with grilled peach and a raspberry sauce.  Which we all agreed, was amazing, and was like a chocolate fudge that melted in your mouth. 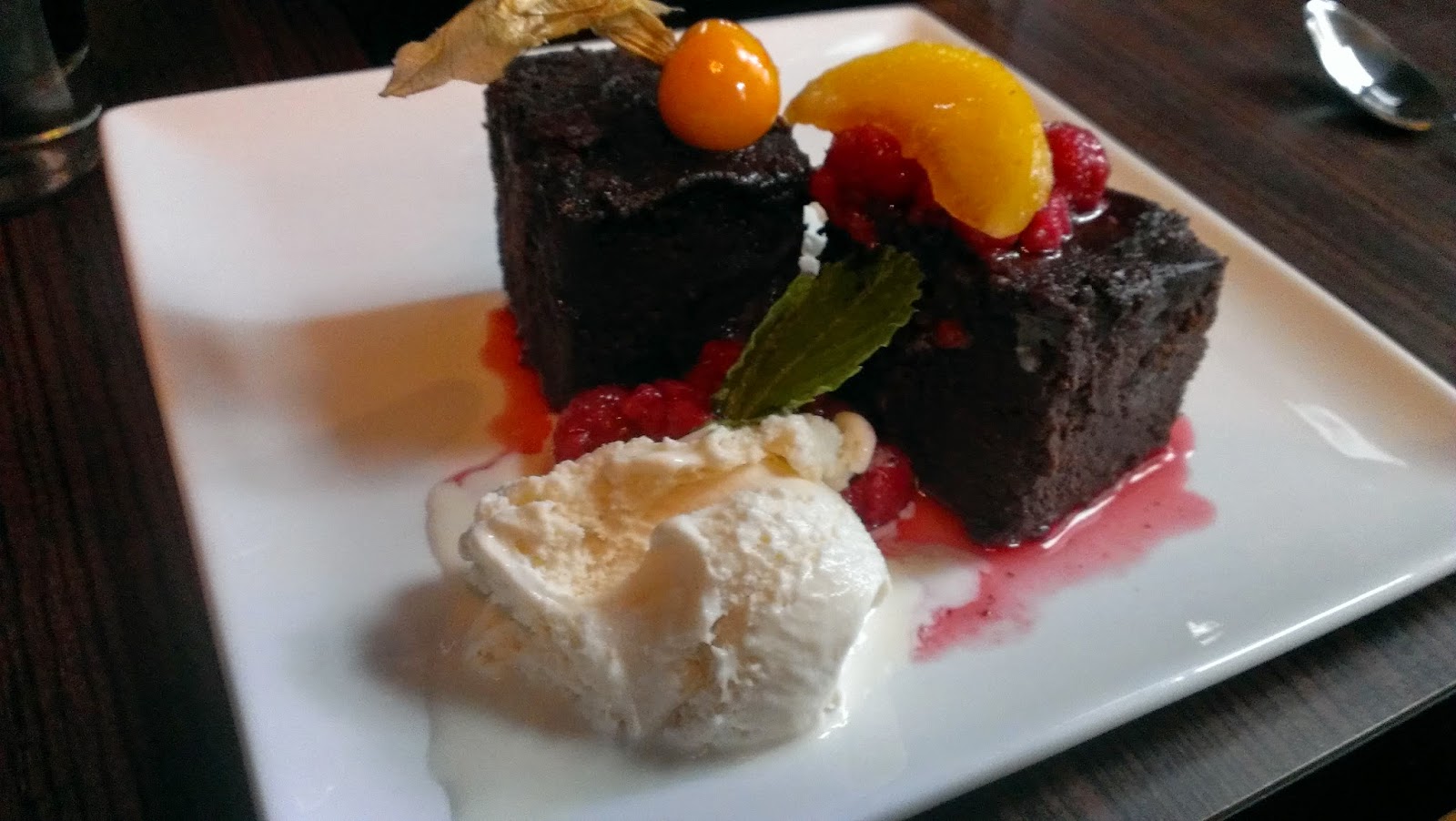