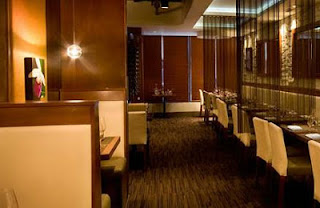 After a gluten free "scare" of being told that something has gluten in it, when we thought it did not, I went on a search to see if I could find a list of gluten free products from No Name.  No Name is the discount brand for Loblaw's and can be found at Superstore locations around Edmonton.
Unfortunately I could not find much on the web about this discount brand, but because I knew it was a Loblaw's brand, I went to the Loblaw's website and found some customer service information.
During my conversation, I was put to rest after finding the answer to my question "Is your garlic powder gluten free?".  The answer from the operator was: "Yes it is gluten free and is made in a gluten free facility".  I then asked about their onion powder, and they said "Yes, but we are unable to confirm if it is made in a gluten free facility"
I did ask for this information to be listed on the web for easy access, but the best I got was an email back say…

I recently went out and bought some Manwich, because, well, I hadn't had a sloppy Joe in ages!  And I saw someone at work have one for lunch.  So I grabbed a can, didn't really read over the label too well, but seemed fine.  When I got home, I noticed that one of the ingredients simply said Flavours.  I remember from when Amanda was first diagnosed, that general terms like that should be flagged.

So off to the internet I went find out if Manwich is actually gluten free or not.  Manwich is manufactured by CongraFoods which has many brands under it's belt including Hunt's, Libby's, Chef Boyardee to name a few.  I searched their website for a bit and quickly came across a nutritional information page that answered my question:
Which of your products contain gluten?We are sorry to inform you that we do not have a source that lists the gluten content of our products. However, our product labels list common allergens, such as wheat, for those allergic to wheat gluten.Clic…

Boston Pizza still serves it's gluten free pizza, but no longer has a gluten free menu.  Please read this post about the Canadian Food Inspection Agency (CFIA), and their thoughts on gluten free menu's in Restaurants

The following are details collected by speaking with staff at the Terwillegar Boston Pizza and confirmed by Matthew Hoag, Boston Pizza Corporate Chef:
Boston Pizza's South Common location is piloting the new products with a full rollout across Edmonton expected on June 6, 2010NO surcharge for ordering gluten free crust!only individual-sized square pizza will be availablemaximum 4 toppinggluten free toppings will be indicated by an asteriskno gluten free pastas are availablelocation managers have been trained …