I can't believe someone asked me this 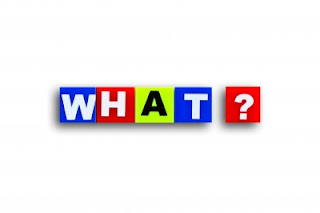 Believe it or not most recently I was actually asked outright "do you have an eating disorder?" I admit I didn't mean to, but I actually laughed out loud! I joke sometimes with friends & family that I have an eating disorder, but that's just me covering up my own frustrations with my array of dietary restrictions. I assure you I do not have a diagnosable eating disorder, at least not in the sense that the DSM-IV (Diagnostic & Statistical Manual of Mental Disorders) would categorize.
Now, for me there are two major issues at play here. Firstly that someone felt it was both appropriate and useful to outright ask if I have an eating disorder. And secondly, that someone would think it was appropriate to ask a complete stranger such a question. I know this is slightly off topic, but it's kinda like the general rule about asking if someone is pregnant or not....you just don't do it...ever!
I assure you I am no expert on either the DSM-IV or eating disorders, but I know that I do not actually have one. Yes because of my Celiac disease and my Type 1 diabetes and my personal desire to remain as healthy as possible for as long as possible, I have to watch what I eat. I have to monitor my carbohydrate intake and I have to ask questions (meticulously) before eating something I did not prepare myself. BUT I think that I eat just fine. The recipes, shopping lists and restaurant listings on this blog along are proof positive that in our house we eat quite well (personal pat on the back here for us).
I was floored that someone would ask me such a question. I was floored that this person felt that the food on my plate was any of their business. I was floored that people actually throw around such stigma inducing words so freely and assume that it won't be offensive. Ugh, people often seem to forget when to use their personal filter before speaking I think, but that's a topic I could blab about forever.
Some of you may already know this, but my work friends sometimes make fun of my lunches at work. They joke that everything comes in it's own little reusable container, often times it has a little post-it note attached marking the correct carbohydrate content and generally speaking it is a pretty well balanced meal (shameless ego boost). Whenever they make fun, I always respond the same way "yeah isn't it great! Doesn't this look yummy?" I can only assume that, at least on occasion, they are simply jealous of my well balanced, fresh, home cooked hot meal as they sit there and enjoy (I use that word loosely) their two pieces of bread sandwiched around some luncheon meat and mustard.
All I'm really saying is that I think even after thinking about this more, I still find it funny. Why are people who follow any dietary restrictions viewed (even just by select people) as having an eating disorder? Your guess is as good as mine, but I hope it makes you laugh out loud like I did.