How do you tell if they really understand what gluten free means?

Posted by Abisaac Saraga on April 07, 2011
When you go to a restaurant and you tell the wait staff that you have Celiac and you are not allowed gluten, do you trust that they really understand?  It's typically hit or miss, isn't it?  There are some places where I'm like "oh ya they totally understand" and others where I turn to Amanda and am like "they have no clue, do they?". 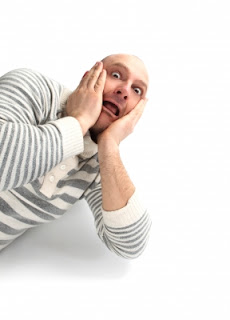 I think the awareness is there, but the understanding of what Celiac Disease and a gluten free diet is, is not.  There are some phrases that I look for that really comfort me, and some that really make me go "eeek".

We went to one restaurant where Amanda told the waitress about her gluten free needs, and the waitress actually said "oh ya, you have that thing... you know?", "Yes I have Celiac".  When she told us that she was going to walk us through the available gluten free options at the indian buffet, I was quite worried for Amanda.  But she's a trooper and knows how to keep on asking the right questions.  For example, when the waitress said the fish pakora was not gluten free, Amanda was not shy to ask politely, "In the past when I have had fish Pakora, it was made with chickpea flour", just to make sure that this pakora wasn't ruled out because it was breaded.  It ended up that this restaurant uses wheat flour and not chickpea flour to breads their fish pakora.

On the positive end, we were at Tropika Malasian Cuisine at their southside location in Edmonton, and I felt like they understood what gluten free meant.  At Asian restaurants it all usually revolves around the sauces used when prepareing the meals.  The waitress at Tropika Malasian Cuisine pointed out multiple gluten free options that Amanda thought she was not going to be able to eat, like the lamb and chicken satay.  She explained that we make these sauces in house, so they were okay, but she was not allowed to eat the beef satay dish because the sauce is store bought and likely contains soya sauce which contains wheat flour.  This information tells me, they totally understood the concept of hidden glutens and they did not trust store bought sauces, over sauces they make in house.

Overall we have been quite successful when eating in restaurants. We have had a few instances of accidental glutenization (Amanda's word), but we have both learned that question asking is the only way to be as careful as possible when eating in a restaurant.

For you, what can be said by the waitstaff that will scare you right out of a restaurant?