Posted by Abisaac Saraga on April 22, 2015
Meat is a newer smoked meat restaurant in Edmonton that we've been wanting to try for a while.  Meat is owned by the same peeps as Next Act Pub which is right next door.  So we knew they were going to be gluten free friendly.

When they first opened, they were only open for dinner, so we were finding it hard to go and try it out.  Finally once afternoon after visiting the Old Strathcona market we were going to check out Next Act Pub for lunch when we noticed Meat was actually opened for brunch!  Nice!

The setup is quite the opposite of the hip arts vibe of Next Act.  The restaurant is setup with long benches that you get seated at.  Sometimes on your own, sometimes shared with others.

To be honest, we don't know what the dinner menu looks like, because we only saw the brunch menu but there was lots to choose from.

Amanda ordered the eggs benny with brisket with hashbrown on a gluten free bun.  The hollandaise was gluten free.  It tasted as good as it looks. 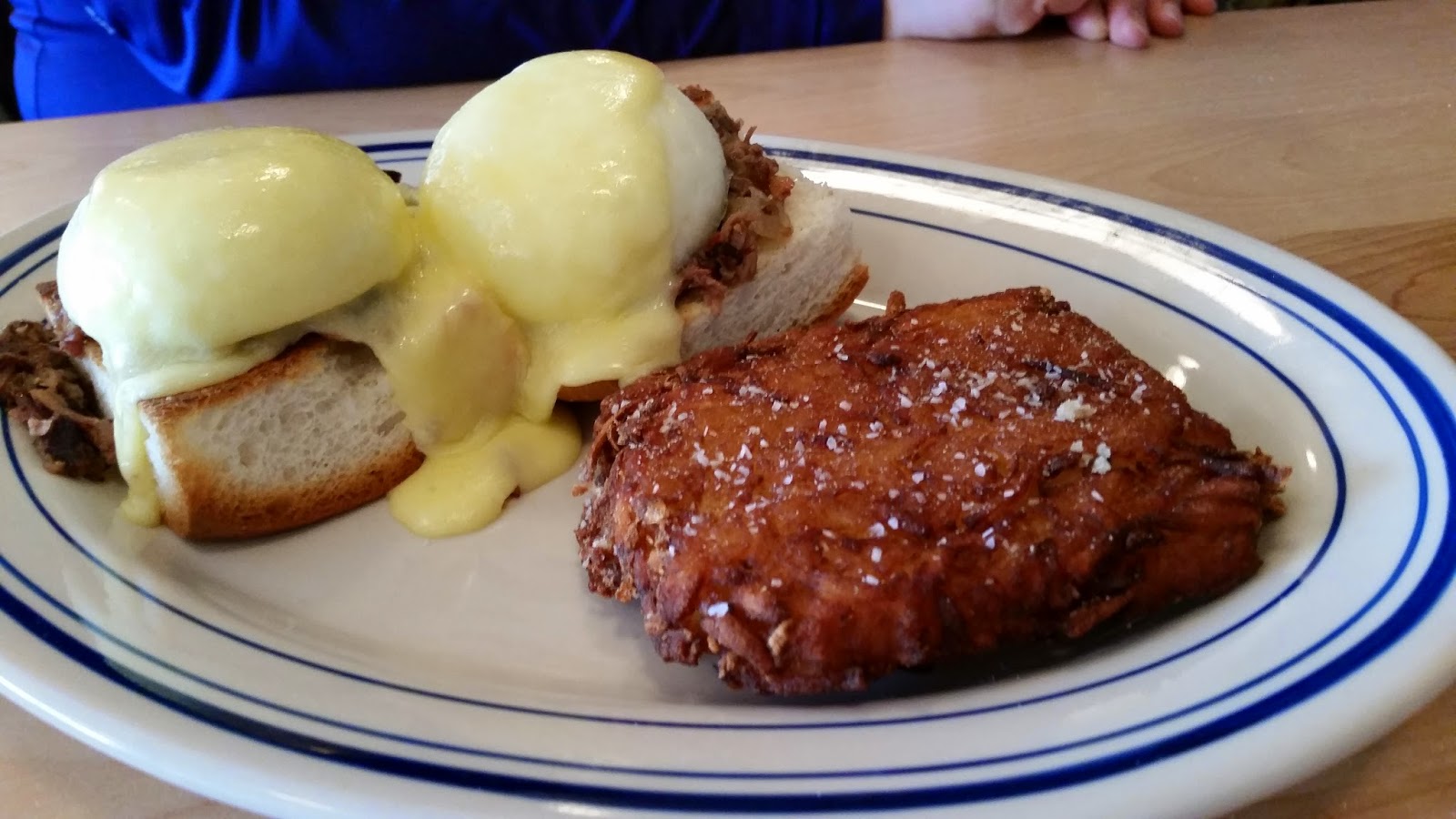 We also order the yam and potato hash with andouille sausage and pouched egg.  Our two year old loved this.  The sausage had some kick, but she powered through it.  I gave her some of my brisket eventually because it was yummy and she went to town on it. 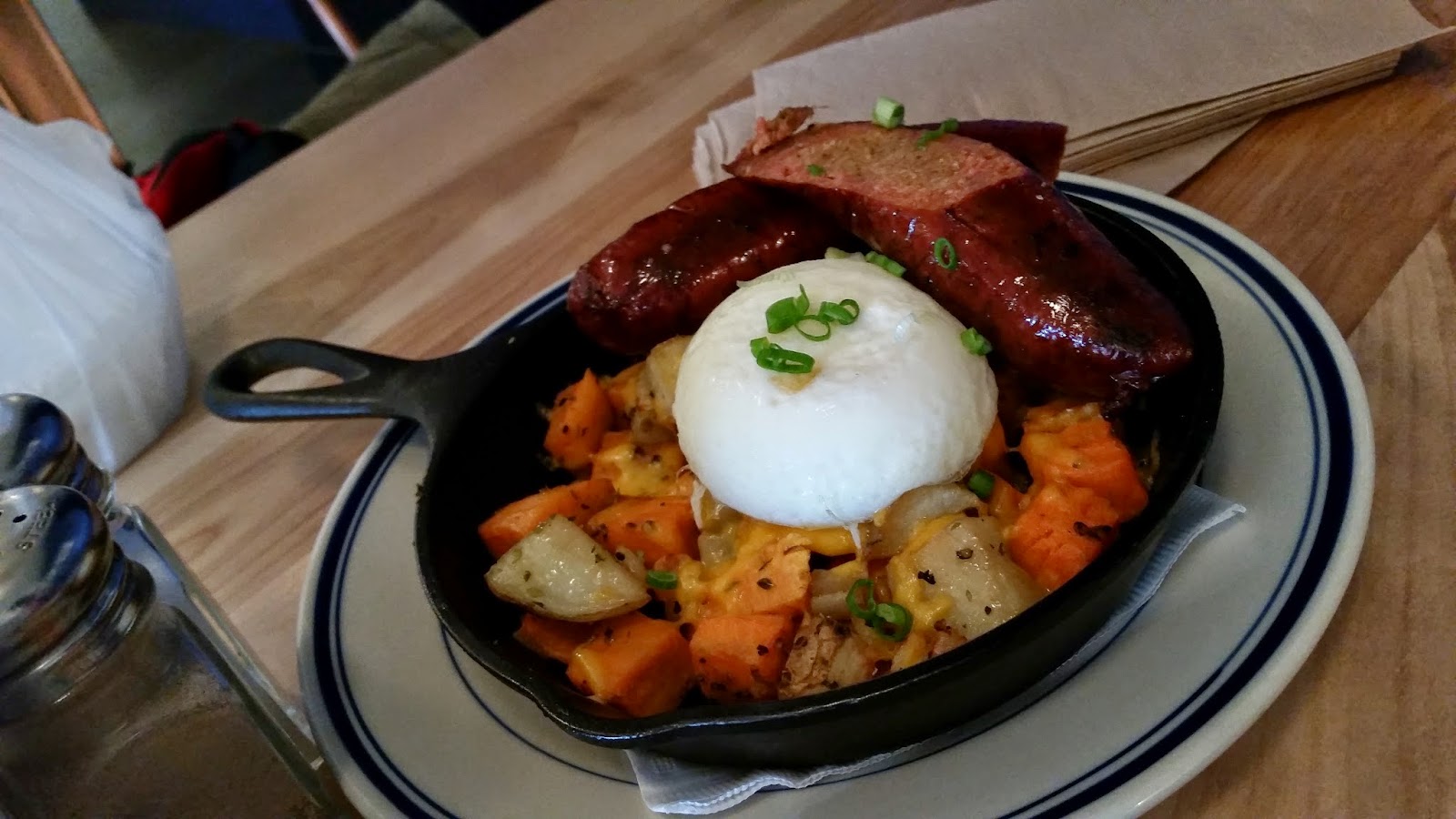 Everything tasted amazing. They also have a brisket, pulled pork or shredded chicken sandwich you can get on a gluten free bun for Brunch.

We will be back for another Meat fest!